Rorschach is a fictional character, a superhero featured in the acclaimed 1986 DC Comics series Watchmen.

Rorschach was created by Watchmen writer Alan Moore with artist Dave Gibbons but, as with some of the characters in the series, was derived from Charlton Comics characters, in this case The Question and Mr. A, created by Steve Ditko. Moore has said that the character's real name, Walter Kovacs, was inspired by Ditko's tendency to give his characters names beginning with the letter K. [1]

Wearing the inkblot-like mask he considers his true face, Rorschach has continued his one-man battle against crime long after superheroes became both detested and illegal. Rorschach’s actions and journal writings display a belief in moral absolutism and objectivism, where good and evil are clearly defined and evil must be violently punished. He has alienated himself from the rest of society to achieve these aims. 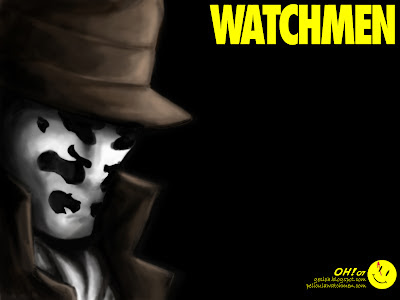 oh! I don´t like so much. I prefer another jobs. I`m sorry Sergio, the pictures is perfect but de man is a quite "soso". Don´t you think?
What´s the name of the hero? Cowman?
Hatcowman?
See you!
Call me one Sunday to play football!!
Dog!! 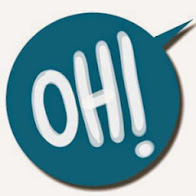